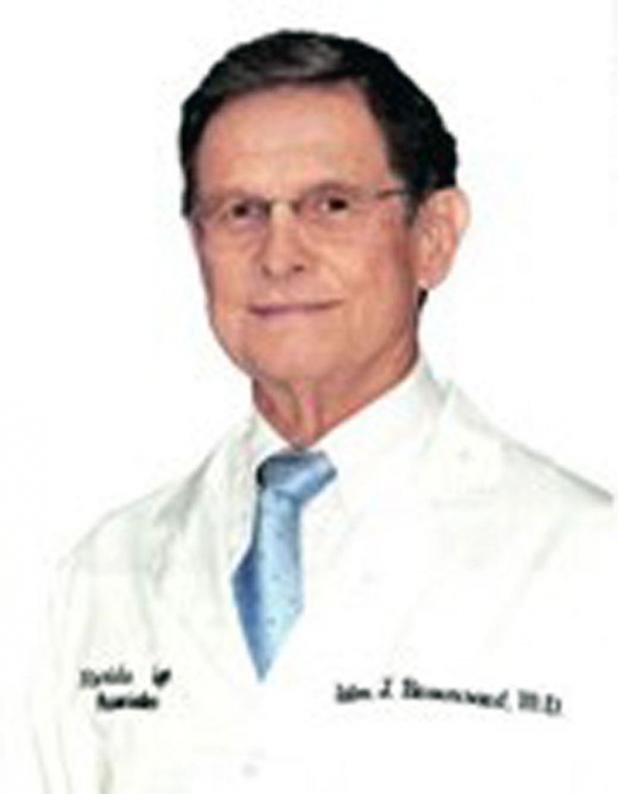 MELBOURNE VILLAGE — William J. Broussard, M.D., passed away on Monday, August 19, 2019 with his family at his side.
He leaves behind his wife of 66 years, Margaret (Reynolds), daughters Dianne Broussard of Toronto (David Hampson), Lynn Broussard McGonagill (George McGonagill) and Laura Broussard (Keith Turner) and brother, Charles Broussard.
He was predeceased by his parents, Alphé A. and Odile Cade Broussard and beloved son, Allen David Broussard, for whom the Allen Broussard Conservancy, Inc., was founded in 1990; and sisters, Myrtis B. Bourge of Abbeville and Martha B. Ramos of New Iberia.
Dr. Broussard was born in Abbeville, Louisiana on February 14, 1934 and lived a unique frontier-style childhood on the Flying J Ranch in the southwest corner of Louisiana. His death came as a result of many surgeries and chemotherapy, treatments during his 26-year battle with prostate cancer.
Dr. Broussard received a Bachelor of Science degree at LSU in 1955 and Doctor of Medicine from Mayo Memorial Hospital and University of Minnesota Medical School in Minneapolis in 1959. His draft deferment ended and military service began at Letterman Army Hospital on the Presidio of San Francisco, California and continued at Fort Jackson Army Hospital in Columbia, South Carolina and the 5th General Army Hospital, Bad Cannstatt, Germany, during the Vietnam War. His older daughters attended German Schools and the family enjoyed three years of learning about Europe’s history, geography and culture with many opportunities for travel all over Western Europe and even into Eastern Europe, across the Iron Curtain.
Dr. Broussard brought his young family of six to Satellite Beach in September of 1967, establishing a solo Ophthalmology Practice in Melbourne. Dr. Philip Kirk joined him in 1970, followed in later years by other General Ophthalmologists, Ophthalmology sub-specialists and Optometrists making up today’s Florida Eye Associates, which has ten Ophthalmologists and three Optometrists in four Brevard locations. He also served as Chief of Staff of what is now Holmes Regional Medical Center four times in the 1960’s, 70’s and 80’s. He also served as President of the Florida Society of Ophthalmology in the 1980’s.
In addition to his professional offices, he was an active member of South Brevard’s cultural community, serving on the Melbourne Civic Music Association, Indian River Audubon and Florida Audubon Boards of Directors, among others. During all those years, he also purchased and managed a 1300-acre cattle ranch in Osceola County. After the untimely death of his son, Allen, he and Margaret founded the Allen Broussard Conservancy to preserve for posterity a 3200-acre piece of Natural Florida adjoining the ranch that had been divided on paper and sold to some 500 unwitting buyers all over the country, none of whom could ever use their lots. That largely unspoiled wilderness and the Crescent J Ranch together form Forever Florida, where visitors can enjoy horseback activities, ziplines and other aerial adventures in the pine forest and guided nature tours in elevated trail coaches.
Services are scheduled for 2 p.m. on Saturday, August 24th at Satellite Beach United Methodist Church, 450 Lee Ave, Satellite Beach.
In lieu of flowers, the public is invited to contribute to Friends of Forever Florida, 756 Acacia Avenue, Melbourne Village, FL 32904.
Arrangements are being handled by Ammen Family Cremation.