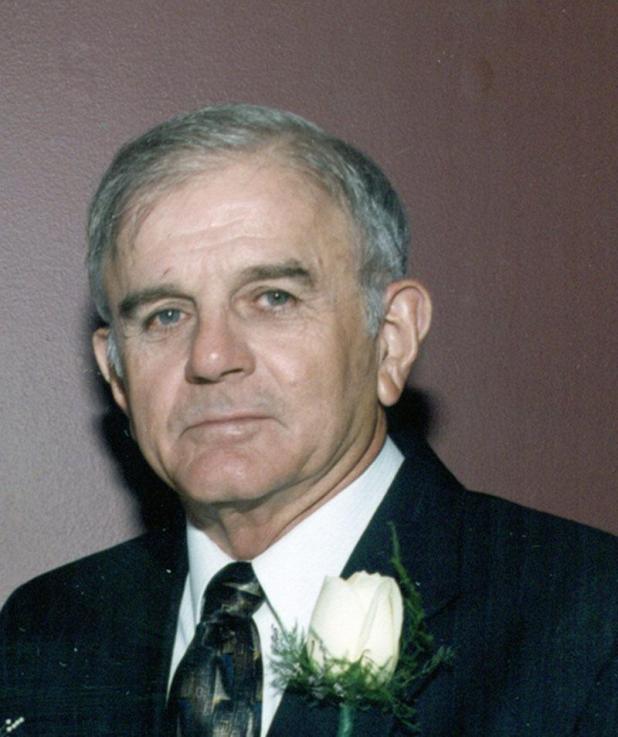 ABBEVILLE — A Mass of Christian Burial will be held at 11:00 AM on Thursday, July 13, 2017 at St. Mary Magdalen Catholic Church honoring the life of Eldes Joseph Touchet, 89, who died Monday, July 10, 2017 at his residence. He will be laid to rest at Leroy Community Cemetery with Reverend Louis Richard officiating the services. Pallbearers will be Cameron Touchet, Dylan Touchet, Bryce Gooch, Bobby Fanguy, Zach Prejean and Mark Baudoin. Gift bearers will be Shannon Gooch, Karla Fanguy and Kati Prejean. Lectors for the mass will be Joanie Touchet and Sybil Hebert. Honorary pallbearer will be Barry Toups.
Eldes was born in 1928 and grew up in the small community of Meaux, Louisiana. He attended elementary and high school in Meaux and graduated in 1945. He then enrolled at Southwestern Louisiana Institute, now known as the University of Louisiana at Lafayette and graduated in 1949 with a Bachelor of Science degree in Vocational Agriculture. Upon graduating he was appointed as an instructor in the Veterans on the Farm Program, where he taught returning war veterans in the E. Broussard and Maurice area for several years. In September of 1963 he was appointed as a teacher at Meaux High School, where he taught Agriculture, Civics and History. He was also the boys’ basketball coach for many of his years there. In the ensuing years, he earned a Master's +30 from McNeese State University and in August of 1976 was named principal of Meaux High School where he served in that capacity until May of 1980. In August of that year, he made the move to assistant principal at the brand new North Vermilion High School. After one year at North Vermilion High School, he was named principal, replacing Mr. Jules Duhon. Mr. Eldes served as principal of North Vermilion for 10 years, making a positive impact on students, faculty and the entire community. In June of 1991 he moved into the School Board’s Central Office as maintenance supervisor, where he remained until his retirement in December of 2002.
He is survived by his wife of 67 years, Eurice Guidry Touchet; three daughters, Donna Lege and her husband Keno, Joanie Touchet, and Lisa Touchet; four sons, Marlin Touchet, Patrick Touchet and his wife Kathleen, Neil Touchet, and Kim Touchet and his wife Jodie; five grandchildren, Shannon Gooch, Karla Fanguy, Kati Prejean, Dylan Touchet, and Cameron Touchet; six great grandchildren, Bryce Gooch, Kelsi Fanguy, Kayne Fanguy, Emmy Prejean, Eli Prejean, and Ellen Prejean; sisters, Mildred Hebert and Joyce Lou Baudoin; and sisters-in-law, Delta Touchet and Joy Touchet.
He was preceded in death by his parents, Arno “Nin” Touchet and the former Ceba Lege; sisters, Lelias Broussard and Hazel Touchet; and brothers, Lourse Touchet, Linus Touchet, Wilbert Touchet, and Clourse Touchet.
The family requests that visiting hours be observed at Vincent Funeral Home - Abbeville, 209 S. St. Charles St., on Wednesday, July 12, 2017 from 4:00 PM until 9:00 PM with a rosary being prayed at 6:00 PM; Thursday, July 13, 2017 from 8:00 AM until 10:45 AM when the procession will depart for the church.
Condolences may be sent to the family at www.vincentfuneralhome.net.
All funeral arrangements are being conducted by Vincent Funeral Home of Abbeville, (337) 893-4661.