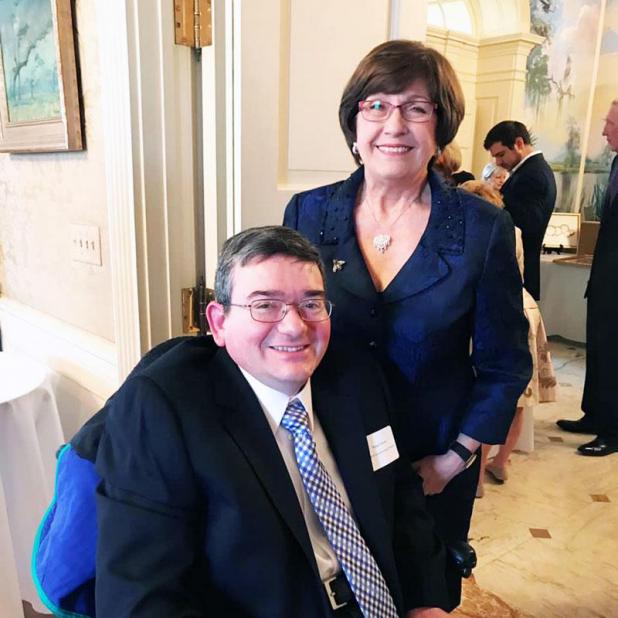 Robert Vincent was a big supporter of Kathleen Blanco.

Former Governor Kathleen Babineaux Blanco, Louisiana’s first female Governor, has died at the age of 76.
Governor Blanco will lie in state at Louisiana’s State Capitol in the coming days. The Governor’s office will release details soon.
Gov. Blanco made her presence known in Vermilion Parish. Erath Alderman Robert Vincent remembers Blanco.
“Louisiana has lost one of its greatest champions with the passing of Kathleen Babineaux Blanco,” said Vincent. “She was a true Southern lady with a spine of steel. So many opponents over the years underestimated her to their peril. Gov. Blanco fought steadfastly for the people of this state. She never stopped fighting for us. Louisiana is a better place because of the life she lived. I know my life is better for having known her.
She taught all of those around us how to live a life full of purpose and meaning in service of others. More recently, she taught us how to die with dignity, grace, and faith in God. Long live the Queen Bee!”
Gov. John Bel Edwards issued the following statement:
“It is with a heavy heart that I announce that Governor Kathleen Babineaux Blanco has passed, after courageously battling cancer.
Serving as this state’s first female governor, Kathleen was a trailblazer and broke many barriers, leading the way for others to follow. She stands among the giants who have helped shaped Louisiana’s history. Kathleen loved this state and our people and was a shining example of what can be accomplished by hard work and determination.
She led Louisiana through one of our darkest hours, when hurricanes and the failure of the federal levee system devastated much of our state. I hope history will remember Governor Blanco as a tireless advocate for Louisiana, who fought fiercely for our state to rebuild following Hurricanes Katrina and Rita.
Louisianans owe a debt of gratitude to Governor Blanco, who always put the people of our state first, fighting to improve the quality of life for our families and children, championing better educational opportunities for all students at every level and building a stronger Louisiana. In 2004, she said: “I feel that call to lift up the less fortunate, the call to improve our communities and our state. It drives me to serve Louisiana as governor.”
The following can be attributed to Dr. Joseph Savoie, University of Louisiana at Lafayette president.
Kathleen Babineaux Blanco received a bachelor’s degree in business education from the University in 1964. Her husband, Raymond, was a coach and longtime administrator. Dr. Savoie met the Blancos when he was an undergraduate at the University. His 12-year tenure as state commissioner of higher education included the four years Blanco served as governor.
“The University family is saddened by the death of one of our most distinguished graduates, former Gov. Kathleen Babineaux Blanco,” said Dr. Joseph Savoie.
“Kathleen’s career in public service was guided by an unwavering devotion to the state’s citizens, whom she represented with compassion, dignity, determination and optimism. People supported Kathleen because she embodied a set of innately Louisiana values they recognized in themselves – faith, family and service to others. No one could doubt her genuine love for the state or her sincere commitment to doing all she could to make it a better place to work, to raise children, to visit, to open a business, or to seek an education,” he said.
Last year, she worked with the University to establish the Kathleen Babineaux Blanco Public Policy Center. The independent research the center produces will examine issues Kathleen championed throughout her career: criminal justice reform, poverty and economic opportunity, governmental ethics, and education.
Here’s the statement from the Louisiana Democratic Party Chair Sen. Karen Carter Peterson:
“Gov. Blanco was a trailblazer - she destroyed glass ceilings, fiercely defended the most vulnerable, and was a true Louisianian at heart who loved her home. The policies she fought for and the way she treated those around her reflected her values, morals, and love for Louisiana in every way. Whether it was rebuilding New Orleans after Hurricane Katrina or fighting to invest in our children’s education, she showed unwavering resolve in the face of our state’s biggest struggles. Her strength and compassion inspired me, and I know countless Louisianians and women around the country feel the same. We lost a true champion for our state today, but her legacy and work lives on for generations.”

On January 12, 2004, Kathleen Babineaux Blanco became the first woman to serve as governor of Louisiana when she was sworn in as the state’s 54th leader. In her long, distinguished career, Governor Blanco served the people with a vision of creating a new Louisiana, filled with hope and opportunity for all citizens.
A champion for Louisiana’s children and families, Governor Blanco’s top priorities during her administration were providing affordable, accessible healthcare, improving the state’s education system and creating a strong and vibrant economy. She led Louisiana’s recovery from hurricanes Katrina and Rita and the failure of the federal levees in New Orleans, fighting for and winning increased funding for rebuilding to help bring Louisianans back, to rebuild their homes and reopen their businesses and to reconstruct billions worth of damaged infrastructure.
Before serving in the state’s top office, Governor Blanco completed two terms as Lieutenant Governor, focusing on increasing tourism to the state.
Always a trailblazer, she began her career as a public servant in 1984, when she became the first woman ever elected to represent the people of Lafayette in the state Legislature. Five years later she was elected to the Public Service Commission, where she became the first woman to serve as a Commissioner and, later, as the first woman to chair the Commission (1993-94).
Before joining the public sector, Governor Blanco taught at Breaux Bridge High School, a public school in Southwest Louisiana, not far from the community of Coteau, where she was born. She received a B.S. degree in Business Education from the University of Louisiana at Lafayette.

She married her husband Raymond in 1964. Together, they raised six children and were the proud grandparents of 13 grandchildren.