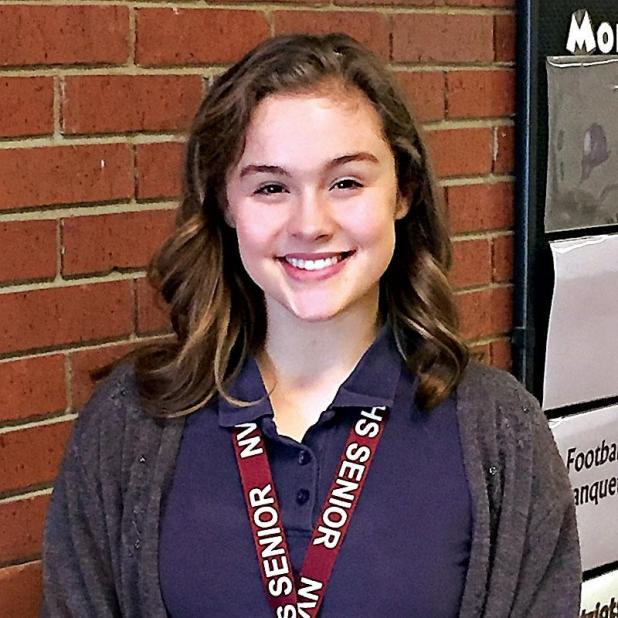 LEROY — When looking at candidates for Vermilion Parish Student of the Year, the numbers could simply speak for themselves.
There are dozens of students with 4.0 GPA’s and high scores on the ACT, among other accolades. With that said, North Vermilion High’s McKay Stevens did not put a great deal of pressure on herself when going through the process of the Student of the Year competition.
“I honestly did not,” Stevens said. “My ACT is a 24 and my GPA (3.85) is not a 4.0. I know other kids had way more to show on those aspects.”
What pushed Stevens to the top, earning her Vermilion Parish Student of the Year, is her ability to speak, something she does really well.
“One of my stronger suits is talking,” Stevens said. “I enjoy talking about leadership and there were some questions about that.
‘I think the interview process allowed me to showcase the things that I am OK at.”
North Vermilion Principal Tommy Byler said he agreed that Stevens’ strong suits did shine through.
“McKay is very goal
driven,” Byler said. “She is one of those kids that you can’t tell her that she can’t do something. She is going to set a goal and find a way to reach and accomplish it. She doesn’t just talk about ideas and then just let them go away. She talks about ideas and then her leadership skills allow that ultimate goal to come through.”
Stevens, the daughter of Brett Stevens and Joanna Sonnier, applies that work ethic to her grades, some she said she has to work harder on than others. Mixed in with all the studying, Stevens always finds time for extra curricular activities. Those include Beta, Campus Beautification, Band - Drum Major, National Honor Society, Girls State, Parish Government Day, FBLA, Friends Matter, Science Club, Science Club - Secretary, Class Officer - Reporter, Beta - President, National Honor Society - President and Campus Beautification - President.
“In my school life I value my extra curricular as much as anything,” Stevens said.
Stevens is not yet sure where her life will take her after she graduates from North Vermilion in a few short months. She toured LSU’s campus in Baton Rouge on Friday.
“I am really interested in LSU,” Stevens said. “I would love to be in their band. I think that would be a big honor.”
Stevens plans to major in business and minor in psychology. Her mother works as a psychologist for the Vermilion Parish School System.
“If I want to one day be a leader in business,” Stevens said, “then having a psychology background could help me better understand people.
“My mom got me interested in that in the first place.”
Another family member’s career, that of her grandfather, Charles Sonnier of Abbeville, has also piqued some interest.
“My grandfather is a lawyer and I have thought about that,” Stevens said. “Business and psychology could help me in that regard.”
What has helped Stevens in any regard is simply being herself.
“I am learning that,” Stevens said. “I always wish that my academics could be stronger. It’s important for everyone to realize that they have strong suits.”