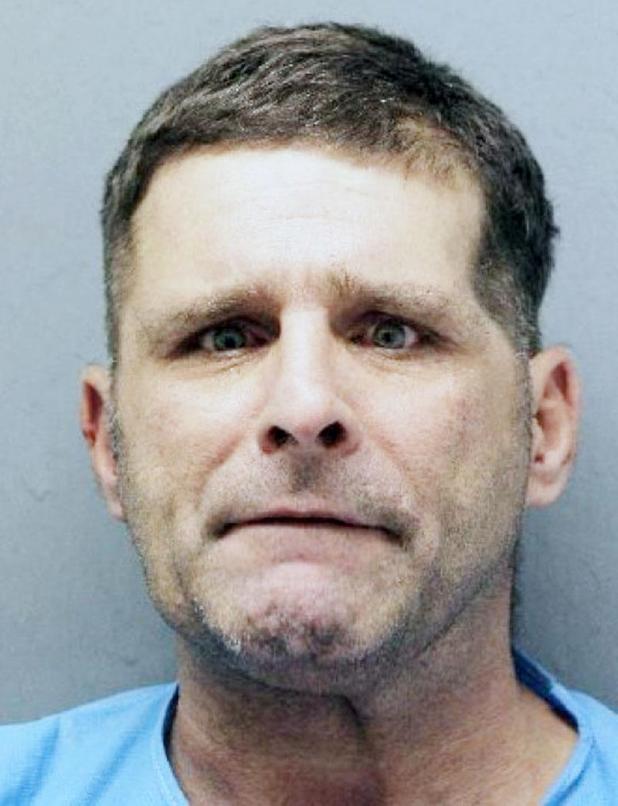 Ryan Hargrave, a Kaplan native, led police on a car chase from Abbeville to New Iberia, and ended up exchanging gunfire with different police departments.
Hargrave, 56, was arrested on charges of aggravated assault with a firearm, unlawful use of body armor, aggravated flight from an officer and threatening a public official.
Law enforcement officials from multiple agencies, including Abbeville and New Iberia Police, Abbeville City Marshal, and Vermilion and Iberia Sheriff’s Offices, were involved in the chase.
According to the Vermilion Parish Sheriff’s Office, he was processed into the jail early Wednesday. Bail is set at $190,000. He was hit by gunfire in the exchange but was later released from the hospital that night.

On Tuesday at approximately 6:15 p.m. officers of the Abbeville Police Department received information via radio from the Abbeville City Marshal’s Office concerning a subject pointing a handgun at another person.
Officers responded to the scene and began pursuing the suspect, who fled the scene with the Marshal giving chase.
Officers pursued the suspect into New Iberia at a residence. Other law enforcement agencies had joined the pursuit.
An investigation into the initial complaint has determined that Hargrave was allegedly stopped in the middle of the roadway on Peace Street in Abbeville, and the victim, who was on St. Charles Street, acknowledged that Hargrave had the right-of-way, stopped his vehicle and let Hargrave proceed.
Hargrave allegedly did not move, so the victim proceeded.
Hargarve allegedly then began following the victim, and the victim later pulled off of the roadway into a parking lot and stopped his vehicle.
The suspect followed the victim into the parking lot and exited his vehicle.
The suspect approached the victim’s vehicle while wearing a ballistic vest with a handgun tucked into the front of the vest.
Hargrave allegedly began yelling and cursing at the victim.
The Abbeville City Marshal, seeing the individual yelling, pulled up behind the suspect. The Marshal then observed the suspect pointing the handgun at the victim. The suspect then got into his vehicle and attempted to flee, and the Marshal gave chase and radioed the Abbeville Police Department.
According to a Louisiana State police spokesman, Hargrave fired at police after they pursued him to his home at the corner of Alameda and Santa Clara streets after 6 p.m.
The Daily Iberian newspaper reported he was hit during the exchange when multiple officers returned fire. It is not known which agencies the officers returning fire worked for.
The Iberian reported that Hargrave was treated at the scene for non-life-threatening injuries, then put under observation at a local hospital.
According to neighbors, the Iberian reported Hargarve exchanged fire with officers after the pursuit ended at Alameda Street. One neighbor said he had tried to run over an officer before coming to a stop, the newspaper said.
Hargrave is the same man who was involved in a standoff at the Alameda Street residence on May 5 in New Iberia. That incident was resolved after several hours without any gunfire.