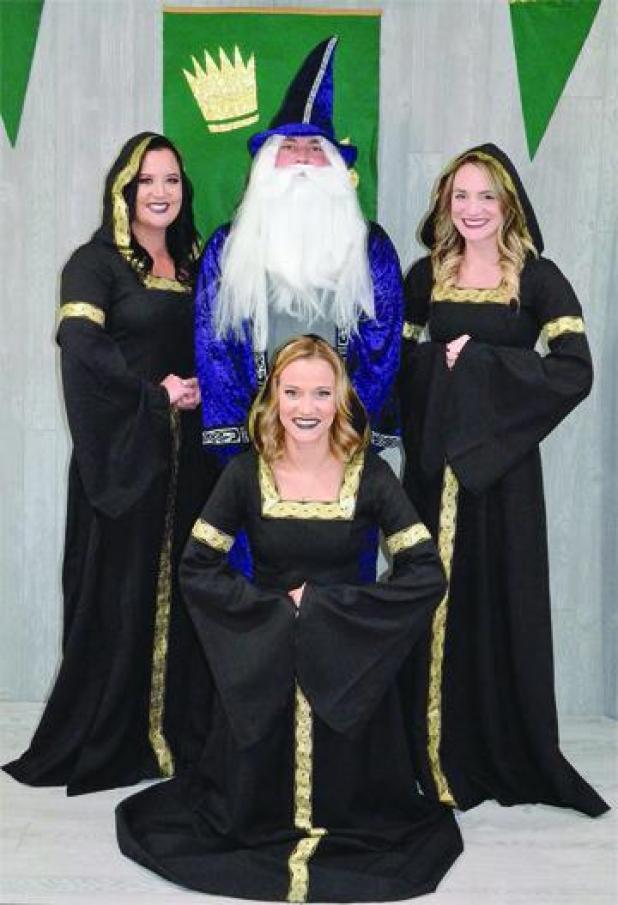 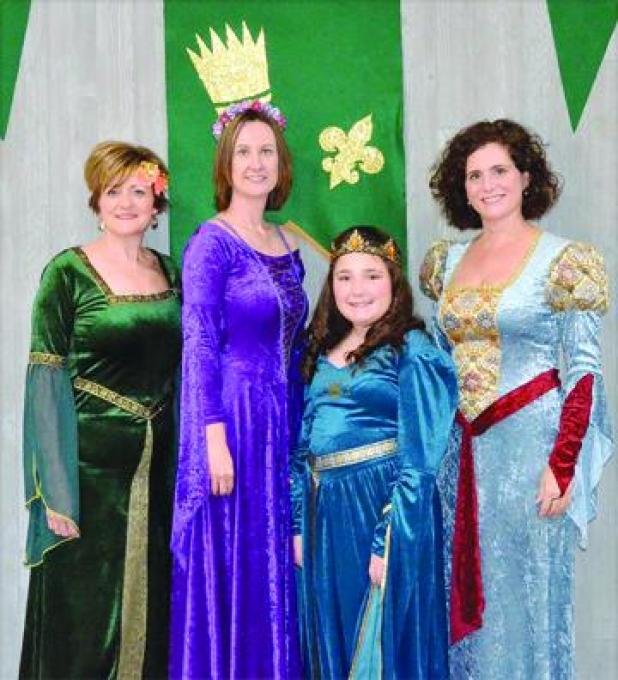 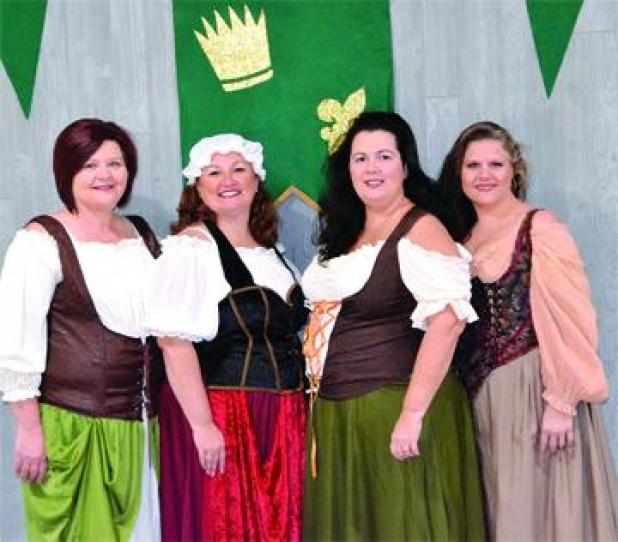 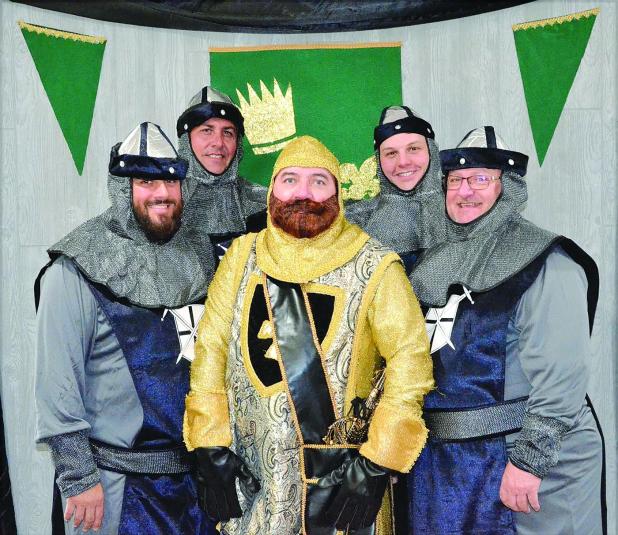 The Krewe de la Renaissance Acadienne held its 12th annual ball at seven-thirty in the evening on Saturday, February 3, 2018 at the DoubleTree by Hilton Hotel in Lafayette. The theme of the ball was “Camelot”.
Reigning over the festivities were Krewe de la Renaissance Acadienne’s King XII, Ray (Trey) Dugal III, and Queen XII, Jessica Roy.
King Trey is married to Allison, and together they have five children, Ray IV, age 15, who is attending Kaplan High, Aidan and Ashton age 11, in their last year at Seventh Ward Elementary, Alex, age 8, and Izzie, age 6.
Trey graduated from USL with a Bachelor’s Degree in Science and worked at Gulf Coast Bank for 11 years. He has made the transition to R4 Specialties, where he is the current CFO. He has also served on the Vermilion Parish Chamber Board of Directors for seven years and was the president in 2010.
His queen, Jessica Berzas Roy, is a 1994 graduate of Erath High School who married her high school sweetheart, Jason Roy, in 1997. They have two children: Mason, age 15, who attends Erath High School and Anabelle, age 10, who is a student at LeBlanc Elementary.
In 1999, Jessica graduated from UL Lafayette with a Bachelor’s Degree in General Studies and has been employed by Action Specialties, as an inside sales assistant, for the past 15 years. Jessica has been a member of Krewe de la Renaissance Acadienne for six years.
Presenting the night’s program was “Jason Chaucer”, the historical herold, played by Jason Roy. Assisting as the night’s Royal Escorts were the King’s sons, Aiden and Ashton Dugal. Serving as maidens for the evening were the daughters of the King & Queen: Alex Richard, Izzie Richard, and Anabelle Roy.
The king and queen and ball attendees were treated to a fun evening of entertainment as the royal court performed skits based on a fun twist to the Legend of Camelot.
The opening scene included bar patrons, wenches, and bandits entertaining the crowd to “Wanted – Dead or Alive”.
Bar patrons were played by Coco Broussard, Wayne Mouton, Tommy Terrebonne, Blake Broussard, and Seth Comeaux.
Wenches for the evening were played by Ali Dugal, Deborah Savoie, Monique Terrebonne, Amy Nunez, and Tammy Comeaux.
The Krewe’s bandits included Todd Lucas, Ray Dugal, and Mason Roy.
An entertaining knight tournament to took place to win the hearts of the queen and the ladies in waiting played by Kayla Lucas, Joan Broussard, and Jessica Mouton. Knights for the ball were Wayne Mouton, Coco Broussard, Tommy Terrebonne, Seth Comeaux, and Lance Savoie. Merlin the Magician, played by Blake Broussard, and his witches, Allison Broussard and Katelyn Broussard, entertained the crowd to “I Got the Magic in Me”.
The finale of the evening took place as the 2018 King and Queen took their rightful place and the transition of power took place. Members of the Krewe’s board were introduced, as well as the Krewe’s past kings and queens. After the king and queen toasted the court and audience, all royalty members paraded through the ballroom and threw beads and trinkets to the attending guests while dancing to “Shook me all night long”.
Concluding the evening was live entertainment by Fifth Avenue.