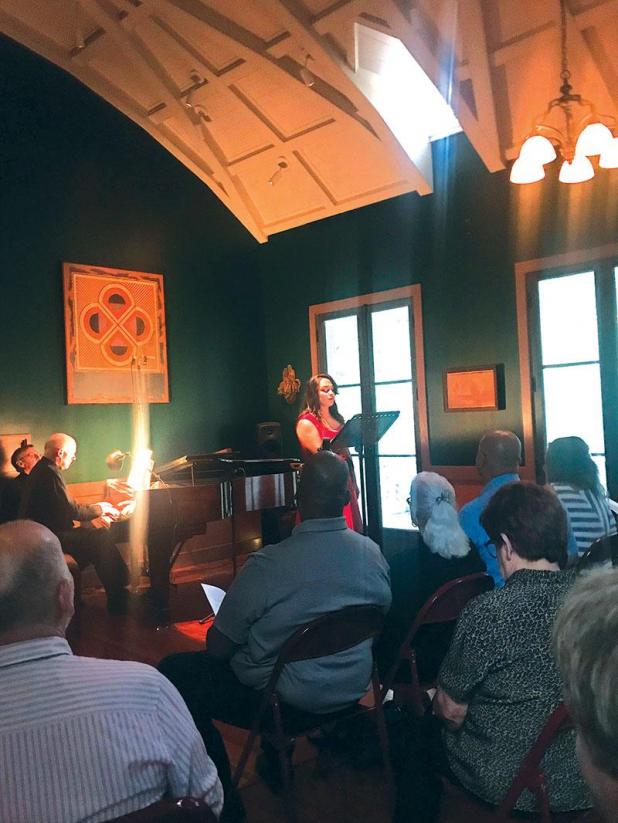 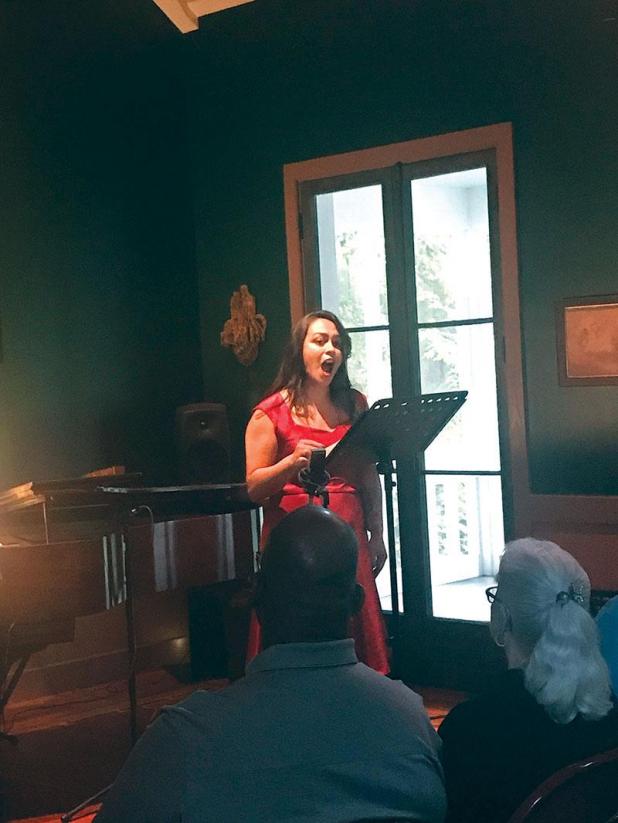 A graduate of Abbeville High, Soprano Leanny Muñoz is currently a Ph.D. student in musicology at the University of California, Davis. On Friday evening, August 23, she performed with accompanist Sean Duggan, pianist at Brookshire Farm in Abbeville. Duggan is a monk of St. Joseph Abbey in Covington, Louisiana. He obtained his music degrees from Loyola University in New Orleans and Carnegie Mellon University, and received a master’s degree in theology from Notre Dame Seminary in New Orleans. From 1988 to 2001 he taught music, Latin and religion at St. Joseph Seminary College in Louisiana and was director of music and organist at St. Joseph Abbey.
Muñoz received her Master of Music from Louisiana State University; there she completed her master’s thesis, “Homenajes: Finding Spanish Identity in Falla’s Orchestral Suite.” She completed a Bachelor of Arts in Liberal Arts with a concentration in Fine and Performing Arts and a minor in Music Performance at the Louisiana Scholars’ College at Northwestern State University of Louisiana. There, she wrote an undergraduate thesis, “Female Characters in Opera of the Enlightenment through the Late-Romantic Era: Mozart, Beethoven, Verdi, and Puccini.” Her primary research interests are in late nineteenth-century and early twentieth-century Spanish nationalism, especially as related to the work of Felipe Pedrell and Manuel de Falla. Additionally, Leanny is interested in the relationship between music and literature, the interdisciplinary study of music, and remaining an active vocalist on campus and in the community.
Together with her Accompanist, Muñoz performed “O mio babbino caro”, “Si mes vers avaient des ailes”, “Automne”, “Arrietta: Ma rendi pur contento”, and “Dove sono” before Intermission began. Those in attendance gathered again after intermission for more performances from the pair which included “Porgi amor”, “A Strange Wild Song”, and “Der Tod und das Mädchen, Op. 7 No. 3”.
Muñoz closed the evening with a performance of “The Sun Is Love, Circling the Sun, A Waterbird (Flying into the Sun). The event brought in a large crowd, many applause, and whispers of ‘goose bumps’.
“I’m so happy for a good performance and to have seen all my loving and supportive family and friends,” Muñoz said.