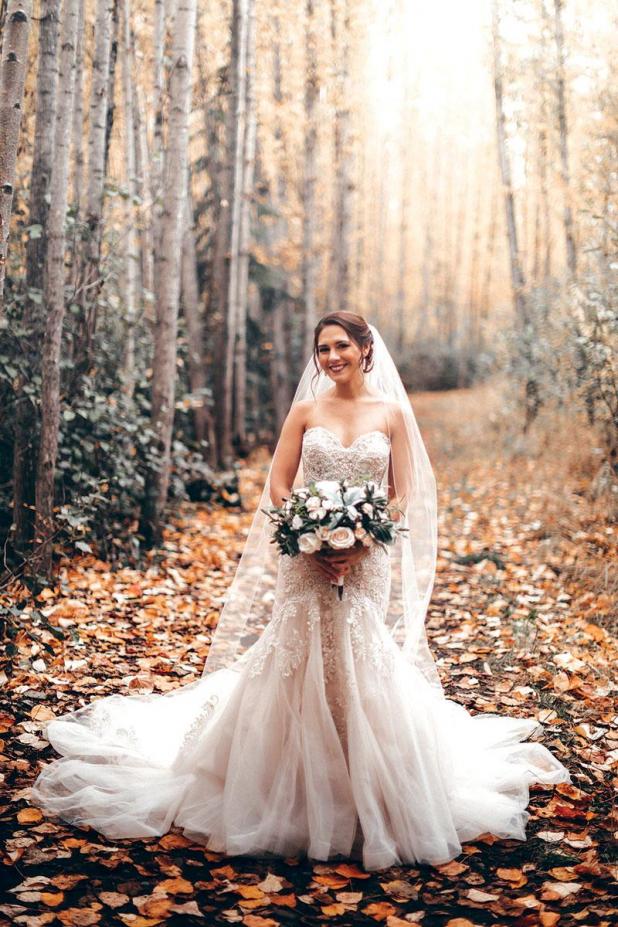 Miranda Katherine Bertrand and Eric Michael Broome were united in matrimony on Saturday, November 16, 2019 during an afternoon ceremony, followed by a reception at The Southern Oaks Plantation in New Orleans, Louisiana.
The 2 p.m. ceremony was officiated by Judge Kevin J. Centanni.
Miranda is the daughter of Janet and Craig Viator of Erath and David and Deborah Bertrand of Abbeville. Eric is the son of Michael and Jane Broome of Prescott, Arizona.
Escorted by her father, David, and her stepfather, Craig, the bride wore a fit and flare dress by Stella York. The dress featured a sweetheart neckline with a sheer bodice and was adorned with a rich mixture of pearls, bugle beads and silver beading. She wore a cathedral length veil by Bel Aire Bridal and carried a bouquet of ivory roses, mini ranunculus, rosemary and olive bushes.
Serving as Matron of Honor was Jennifer Luquette, sister of the bride. Bridesmaids were Sarah Broome, sister of the groom, Megan Stolkey, Karen James, Danielle Schlegel, all friends of the bride, and Madison Mouton, godchild of the bride. The attendants wore David’s Bridal marine, high neck mesh dress with full skirt. They carried a smaller version of the floral arrangement in the bridal bouquet.
Serving as flower girl was Amelia Viator, niece of the bride.
Matt Lagrand, friend of the groom, served as Best Man. Groomsmen included Aaron Smith, Brandon Phillips, Wyatt Skjothaug, all friends of the groom, Jesse Viator, brother of the bride, and Landon Toups, godchild of the bride.
A rehearsal supper was hosted by the bride and groom at the AC Hotel by Mariott in New Orleans on the eve of the wedding.
After returning from a honeymoon in Montego Bay, Jamaica, the couple will be residing in Anchorage, Alaska.
Bridal photo was taken by Alexa Hudson with Hitched Hiker Photography.