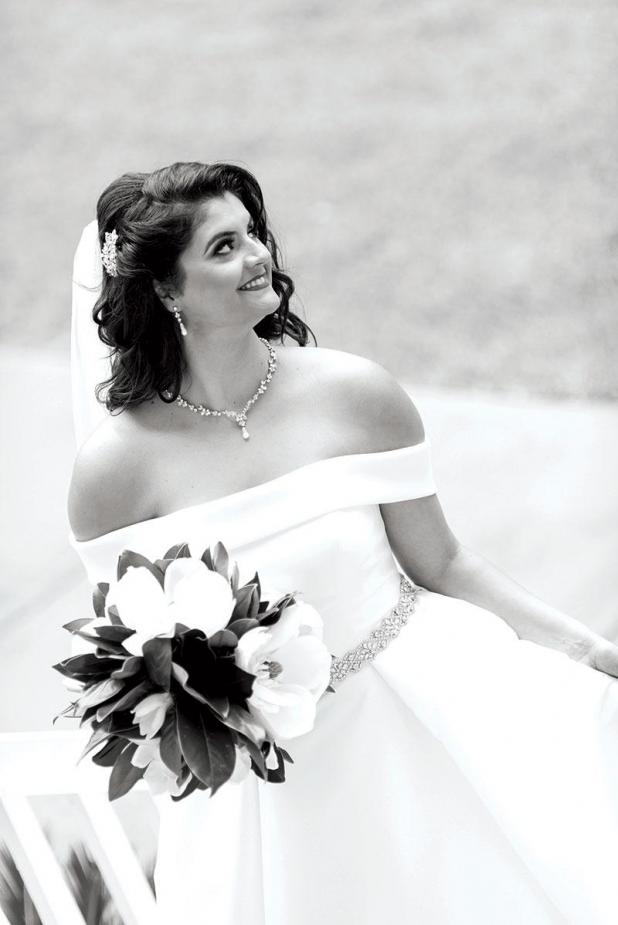 Haley Brooke Baudoin and Christopher Howson Willem say ‘I Do’

Haley Brooke Baudoin and Christopher Howson Willem were married on the evening of Saturday, November 30, 2019 in the Evangeline Room at City Club of River Ranch in Lafayette, Louisiana. The Honorable Laurie Hulin served as officiant of the ceremony.
The bride is the daughter of Gerard Baudoin and Helen Theriot Baudoin of Maurice, Louisiana. She is the granddaughter of Elgin Prejean Baudoin and the late Edgar Baudoin, Jr. of Maurice, Louisiana and Leroy Theriot and Verlie Johnson Theriot of Breaux Bridge, Louisiana.
The groom is the son of David Willem and Jenny Howson Willem of Metairie, Louisiana. He is the grandson of Jeanine Bordelon Willem and the late Harold Willem, Jr. of Metairie, Louisiana and Robert Howson and Claire Gillis Howson of New Orleans, Louisiana.
Given in marriage by her father, the bride wore a stunning ballgown made of pearl Mikado fabric featuring a banded, off-the-shoulder neckline and adorned with a crystal and pearl belt and hand-sewn buttons down the train. She wore a fingertip length veil with crystal-edge beading. The bride carried a clutch bouquet of magnolias and magnolia leaves from her paternal grandparents’ tree. Wrapped around the bouquet was hand-sewn lace from her mother’s wedding dress.
Nicole Walters Touchette, sister of the bride, and Allison Willem Caillouet, sister of the groom, served as matrons of honor. Nicholas Caillouet, brother-in-law of the groom, and Grant Baudoin, brother of the bride served as best men. Cody Touchette, brother-in-law of the bride, served as the usher.
Harper Eve Touchette, niece and Goddaughter of the bride, and Kate Dayle Touchette, niece of the bride, served as flower girls. Howson Grady Caillouet, nephew and Godson of the groom, and Logan Jonathan Bainbridge Renfro, cousin and Godson of the groom, served as ring bearers.
The readers were Elizabeth Baudoin Landry and Cynthia Howson Weinmann, Godmothers of the bride and groom.
Following the ceremony, the reception was held at the City Club at the River Ranch Ballroom. The evening before the ceremony, the groom’s parents hosted a rehearsal dinner in the Eleven Hundred Room at the City Club.
Haley is a graduate of North Vermilion High School and a graduate of the University of Louisiana at Lafayette, where she obtained a bachelor’s degree in Kinesiology. She is also a graduate of LSU Health Science Center in New Orleans where she earned a Master of Physician Assistant Studies. She is currently a student at the University of Lynchburg pursuing her Doctor of Medical Sciences degree. She is a nationally-certified Physician Assistant specializing in orthopedic spine surgery in New Orleans, Louisiana.
Christopher is a graduate of Jesuit High School in New Orleans. He graduated from the University of Louisiana at Lafayette with a bachelor’s degree in Industrial Technology. He is employed as an international project manager by Pellerin Milnor Corporation in Kenner, Louisiana.
After a honeymoon in Saint Thomas, the couple will reside in Metairie, Louisiana.