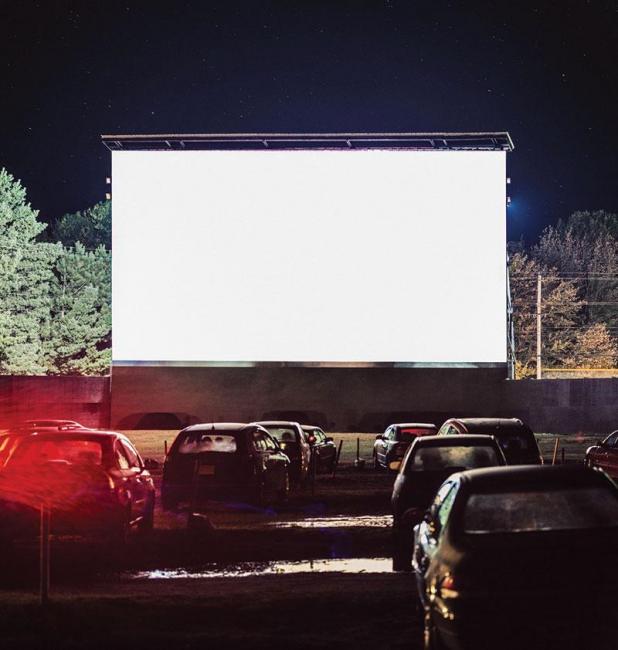 Watching movies through the windshield

Given our new and presumably long-term emphasis on social distancing, the thought occurs that this might be a good time for the revival of drive-in movies. They offered “movie going in a casual manner,” according to one industry promotion, and were quite the rage before regular theaters lured everyone inside with air conditioning.
“Just come as you are, don’t dress up,” an ad for one of them suggested. That was a big selling point for the outdoor screens. Some of you may remember that we once put on our Sunday best to go downtown to the movies, but that wasn’t necessary at the drive-ins.
They featured “all the latest film releases,” ranging from top-rated movies to silly science fiction. Cowboy shoot-’em-ups were standard fare, but advertisements for south Louisiana screens from the 1950s promote everything from “Magnificent Obsession” (Pelican Drive-In, Jennings, Phone 2010), to “The Song of Bernadette” (St. Mary Drive-In, Berwick, Children Under 12 Free at All Times), to “She Gods of Shark Reef” and “Night of the Blood Beast” (Trail Drive-in, just east of Crowley on the Old Spanish Trail).
I’m sorry I missed that double feature at the Trail, “She Gods of Shark Reef” offered “the colorful story of two devil-may-care American boys who are rescued from a hurricane caused shipwreck by a bevy of Polynesian beauties,” and the second film told “the harrowing story of a space pilot whose body is taken over by a monster from galaxy 27.” Don’t bother to look for them on Netflix.
“The Steel Trap” starring Joseph Cotton was the featured attraction when The Claude opened just west of Eunice on Christmas Day 1952. The drive-in was named for Claude Keller, founder of the Liberty theater chain, which also included the Queen and the K&M.
The Claude was typical of drive-ins across south Louisiana, with a 300-car capacity and a “spacious” concession stand that offered popcorn, peanuts, candy bars, hot dogs, soft drinks, and cigarettes. The stand also offered “several rows of cushioned seats where movie-goers may sit to view the picture.”
When Robert and Frank deGraaw, owners of the Bob theater in downtown Abbeville, opened the 450-car Lafitte Drive-In just east of town, they had to deal, like everyone else, with one of the biggest summertime problems. The deGraaws promised that their “family fun headquarters” would be fogged nightly. Most people still opted to burn an evil-smelling mosquito coil to keep the critters away.
The Yam, just west of Opelousas, and the Midway, between Opelousas and Washington, competed for business for several years until Yam owner E. R. Sellers bought out his rival and closed it in 1957.
The two opened within months of each other in 1950. The Midway was built “in the rear of Dudley Briley’s tourist courts” and some of the cabins had a view of the screen. Briley and L. D. (TuTu) Guidry were its owners. It was “associated with the Rose and Lou-Ana theatres [in Opelousas], and the Pat in Lafayette.”
The Yam accommodated 450 cars on nine “tiered and graveled” ramps.” Each car had “an individual speaker in a lighted plastic dome.”
Those speakers could also be a problem. When not in use they were hung on a metal pipe at car window height and connected by something like a telephone line to the projection tower; The movie-goer would unhitch it from the post and hang the little metal box on the inside of the window.
It wasn’t the greatest sound system in the world, but it worked — until you forgot to put the speaker back on its perch at the end of the movie and tried to drive off with it.
It could really scratch up your car door when the box was jerked from the window, and it didn’t do the speaker much good either.
A collection of Jim Bradshaw’s columns, Cajuns and Other Characters, is now available from Pelican Publishing. You can contact him at jimbradshaw4321@gmail.com or P.O. Box 1121, Washington LA 70589.